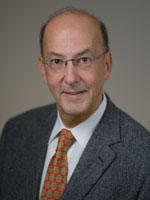 Dr. Roger Glass, MD, PhD, is the director of the Fogarty International Center and Associate Director for International Research. He was named to these posts in 2006. The research of Dr. Glass are in the prevention of gastroenteritis from noroviruses and rotaviruses through the application of original scientific research. Dr. Glass has conducted extensive field studies in India, Bangladesh, Mexico, Brazil, Israel, Russia, China, Vietnam and others. The focus of his research has been on epidemiologic studies to study the introduction of rotavirus vaccines.

Dr. Glass has received many awards in his public health career, including the Charles C.shepard Lifetime Scientific Achievement Award, which was given to him by the Centers for Disease Control and Prevention (CDC) to recognize his outstanding 30 year career in scientific research application and leadership.

He also received the Dr. Charles Merieux Award from the National Foundation for Infectious Diseases for his leading work on rotavirus vaccines in the developing world. And, he was the recipient of the Programme for Global Paediatric Research Award for Outstanding Contributions to Global Child Health. Dr. Glass is a member of the Institute of Medicine of the US National Academies of Science. He also has written more than 400 white papers and chapters on public health issues of all kinds.

Dr. Glass is a graduate of Harvard College in 1977, and he earned a Fulbright Scholarship to study at the University of Buenos Aires in 1967. He earned his MD from Harvard Medical School and his MPH from the Harvard School of Public Health in 1972. He began to work at the CDC in 1977 as a medical officer who worked in the environmental hazards branch. Dr. Glass also was a scientist at the International Center for Diarrheal Disease Research in Bangladesh from 1979-83. He went back to Sweden and earned his doctorate from the University of Goteborg.

The Fogarty International Center has been very active in recent years in developing scientific expertise and methods to reduce the effects of AIDS and HIV in the hardest hit parts of the world. Through its AIDS International Research and Training Program, Fogarty has helped to produce many HIV and AIDS researchers and clinicians in more than 100 developing countries. These professionals have become research partners that work in collaboration with US scientists and others all over the world. They study the most promising HIV/AIDS interventions and how to implement them effectively in areas with few resources.

“Fogarty has been a leader in training for research in global health. Our programs to support HIV have been the longest standing and have helped build the workforce for research and training throughout the developing world. We are committed to studying the research gaps that remain, to provide a credible evidence base that will drive decision making and increase efficiencies so we can achieve our goal of ending preventable child deaths everywhere.”

The Fogarty International Center (@Fogarty_NIH) frequently sends out tweets of interest to the public health community:

To find out more about Dr. Glass’ work and that of the Fogarty International Center, please visit their website. Thank you for your dedicated work in the field of public health, Dr. Glass!