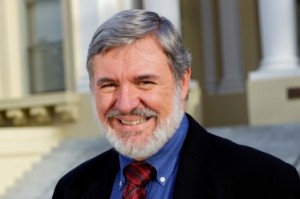 Professor Carl Cranor , Ph.D., is a highly distinguished faculty member of the Environmental Toxicology Graduate Program at the University of California Riverside (UCR).

Dr. Cranor’s focus of work is in both legal and moral philosophy. Specifically, he focuses on philosophical issues related to risk, science and the law. He writes on the regulation of carcinogens and developmental toxicants, protection of susceptible populations through strong public health, and how society can better regulate new technologies and toxicants.

He has taught many courses on ethics, political philosophy, law and society, environmental ethics and public health. Some of his graduate level seminars include justice, philosophy of tort law, ideas of acceptable risk and more.

Dr. Cranor has served on many science advisory panels, (California’s Proposition 65 Panel and its Electric and Magnetic Fields Panel) as well as on Institute of Medicine and National Academy of Sciences Committees.

Dr. Cranor is the author of Legally Poisoned: How the Law Puts Us at Risk from Toxicants (Harvard, 2011), Regulating Toxic Substances: A Philosophy of Science and the Law (1993) and Toxic Torts: Science, Law and the Possibility of Justice (2006), as well as co-authoring a report for the Office of Technology Assessment, Identifying and Regulating Carcinogens (1987), and also a study by an Institute of Medicine Committee, Valuing Health: Cost Effectiveness Analysis for Regulation (2006).

Dr. Cranor’s research has major impacts on public health. His current research draws on much new research on the developmental basis of diseases. Diseases and dysfunctions can be predisposed or triggered by toxicants in utero or after birth. All people are  contaminated and quite permeable to industrial compounds, including developing children and pregnant women.

Some of his recent honors and awards include:

Professor Cranor was a Congressional Fellow and a consultant at the Office of Technology Assessment. He also has served on peer review panels at the National Science Foundation, the University of California Toxic Substances Research and Teaching Program, the UC Biotechnology Research and Teaching Program, and the Coordinating Board of the University of California Water Resources Center.

He was educated in mathematics and in philosophy as an undergraduate and graduate student. He received a Master of Studies in Law from Yale in 1981. He used that training in his research and teaching, and his research was supported by more than $1 million in grants and fellowships.

Dr. Cranor writes and speaks often about how the average American is exposed to more than  80,000 toxic industrial compounds from the use of everyday products. His recent book Legally Poisoned advocates for major changes in the US regulatory and public health laws so that testing of chemicals and nanoengineered materials must be done before they can be used in marketed products.

“My current research draws on new scientific research on the developmental basis of disease. Diseases and dysfunctions can be predisposed or triggered by toxicants in utero or after birth. We are all contaminated and quite permeable to industrial compounds, including developing children and pregnant women. Babies are born with up to 200 chemical contaminants, some toxic.

“Yet the laws that aim to protect us simply cannot do the job because the vast percentage of industrial chemicals enters commerce without any toxicity data. My recent book, Legally Poisoned: How the Law Puts Us at Risk from Toxicants, urges that the substantive science and risk assessments needed to protect our health should occur before we and our children are exposed, not afterward, which now turns citizens into haphazard guinea pigs.”

Dr. Cranor does not appear to be on Twitter. However, he and his work are tweeted about often:

More than ninety percent of the public is contaminated by bisphenol-A (BPA) – bit.ly/ZmTPF9

To learn more about Dr. Cranor, and to get in touch with him, please refer to the UCR website. Thank you for your hard work on behalf on public health, Dr. Cranor.