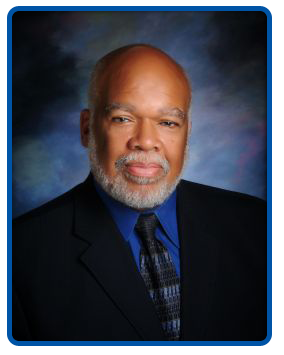 Adewale Troutman, MD, MPH, CPH, is a professor and Director of Public Health Practice and Leadership at the University of South Florida. Dr. Troutman currently is responsible for the public health program at the university, the Public Health Leadership Institute and the Florida Public Health Training Center.

He was recently elected president-elect of the American Public Health Association.

He has had a strong commitment to social justice, community activism, human rights, health equity and national and global health for more than four decades. He has worked tirelessly to expand access to equitable health care in needy populations all over the world all through his career.

Dr. Troutman was the Director of the Louisville, KY Metro Department of Public Health and Wellness from 2004-10. There he administered the health department that had a staff of 370 people and served 700,000 citizens. He created the Mayor’s Healthy Hometown Movement, and developed the first Center for Health Equity in the nation. He also generated $8.5 million in grant funding.


FIND SCHOOLS
Sponsored Content
Dr. Troutman also was the Director of the Fulton County Department of Health and Wellness in Atlanta, GA from 1997-2003. He was in charge of the largest county health department in Georgia, and he managed a staff of 750 and a budget of $38 million. In him time there, he completely reorganized the department, acquired $8 million in new funding, and developed a strategic plan to move public health in Atlanta into the 21st century.

He has written or co-authored more than 20 papers and articles on health equity, social justice and expanding access to health care.

Dr. Troutman will assume the presidency of the American Public Health Association in 2012.

Just a few of the leadership roles in public health he has held include:

Dr. Troutman has been featured in the PBS Series Unnatural Causes: Is Inequality Making Us Sick?

He was a California Newsreel Guest on PBS McNeil Lehrer News Hour: What If We Were Equal?

He also was host of the monthly TV show Health Matters.

Dr. Troutman has his MD from New Jersey Medical School, an MPH from Columbia University, a Master’s Degree in Black Studies from the State University of New York in Albany, and board certification from the National Board of Public Health Examiners. He has worked for more than 40 years dedicated to the principles of universal freedoms, and he has worked tirelessly to eliminate racism, injustice and oppression.

He is a family physician, graduating from residency from the Medical University of South Carolina. In his career in medicine, he has worked in clinical emergency medicine, hospital administration, and in public health. He was an associate professor in the University of Louisville’s School of Public Health.

His work experience includes consultancies with the WHO in Thailand and Japan, and also missions of health assessment in Angola, Zaire and Jamaica.

Dr. Troutman recently was named as President for the American Public Health Association. He will serve a one year term that will begin at the end of 2012.

There is plenty of Twitter activity by and about Dr. Troutman. Recent tweets:

Adewale Troutman, president of APHA, on why he is hopeful for the future of #publichealth. @publichealth VIDEO: bit.ly/PK8N69

To find out more and to contact Dr. Troutman, please visit his page at the University of South Florida. Thank you for all of your work in the name of public health, Dr. Troutman!

Do you know someone in the global health community worthy of being nominated for our Person of the Week Series? Contact us now.