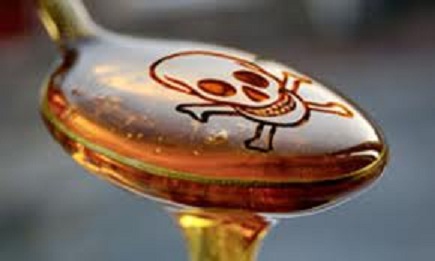 Grocery stores are full of foods and drinks that are packed with high fructose corn syrup. It is the most common ingredient in sodas and occurs in just about every food from snack bars to ketchup. This sweetener is very inexpensive and is a very popular additive in the last 20 years. It appears, however, to be a major driver of the US obesity problem, and it encourages the poor eating and other unhealthy habits of many Americans today.

To see how much fructose affects our brains, researchers also studied 25 adult volunteers in good health. When the test subjects drank sweetened drinks, the researchers used MRIs to check the response of their hypothalamus, which assists in the regulation of many signals related to hunger. It also contributes to motivation and reward processing.

Volunteers got a cherry flavored beverage that was sweetened with fructose, as well as the same drink that had glucose sweetener. These drinks were given in different sessions several months apart. The researchers also took samples of blood at various times during the trial and asked all volunteers to rate how hungry and full they felt.

The research found that there were major differences in the activity of the hypothalamus after they consumed the fructose beverage, compared to the one that was sweetened with glucose. Glucose actually lowered the hypothalamus activity but fructose caused there to be a small spike in this area of the brain. As you might think from such results, the drinking of glucose caused people to feel fuller and they would generally want to consume fewer calories after they had something that was sweetened with glucose than something sweetened with fructose.

Glucose and fructose look very similar on a molecular level, but fructose is absorbed differently by the body. It actually prompts the body to issue less insulin than with glucose. Insulin plays a key role in telling our bodies that we full full and it dulls the reward that we get from consuming food. Fructose also does not reduce the amount of ghrelin that is circulating in our bodies, as much as in the case of glucose.

This study was done by the Yale University School of Medicine and was rather small, so it is not able to tell us the exact neural circuits that could be affected by these popular sweeteners. But these results indicate that better food processing and various economic forces have increased our consumption of fructose, and the ingredient definitely seems to play a role in our increasing waistlines.


FIND SCHOOLS
Sponsored Content
Some say that fructose may not play as big a role as some believe in our obesity problem. A common argument to the contrary states that it is merely the extra calories that are to blame, wherever they come from. The belief from this corner is that if we simply do not eat as much, we will lose weight. However, this study indicates that fullness and hunger are major causes of how much we do and do not eat. It works the same as thirst in telling us how much we should drink. These sorts of human sensations cannot just be ignored. For us to eat less, we should try to avoid foods that encourage us to eat more and do not satisfy our pangs of hunger.