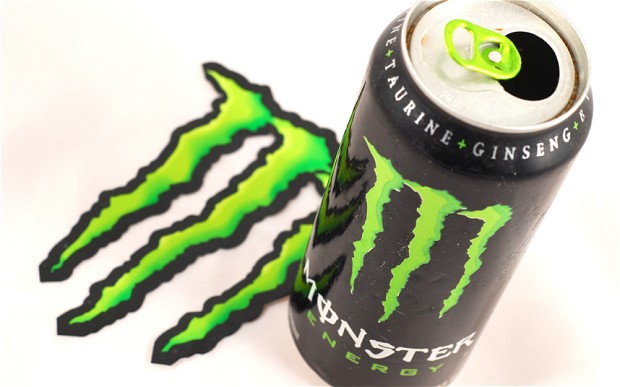 FDA has initiated an investigation of five deaths and one heart attack that appear to be linked to the highly caffeinated beverage Monster Energy Drink, which is the largest seller of energy drinks in the US.

According to the latest reports of this public health concern, some people have experienced adverse reactions after they drank the highly popular beverage, which contains a whopping 240 mg of caffeine. This is seven times the amount of caffeine that is in a regular 12-ounce serving of soda. Monster Energy Drink comes in a 24-ounce can.

FDA notes that while it continues to investigate the allegations, which date back eight years, it also noted that the reports do not conclusively prove that the drinks led to any injuries or deaths.

This recent news regarding the FDA investigation comes after a filing in early October of a wrongful death suit in California. There the parents of a 14 year-old are suing the company after their daughter drank two of the energy drinks in 24 hours and later died. The parents claim that Monster Energy Drink fails to warn consumers about the potential dangers of drinking the highly caffeinated beverages.


FIND SCHOOLS
Sponsored Content
The autopsy in this case found that the girl died from cardiac arrhythmia from caffeine toxicity. The medical examiner also noted that the girl had a disorder that she inherited that could have weakened her blood vessels.

Monster Beverage Corporation, which manufactures Monster Energy Drink, places labels on the cans of the product that state that the drinks should not be consumed by children, or those who have any sensitivity to caffeine.

As this story was being written, the company, which is based in Corona, CA, had not responded to requests for comment. However, the firm stated as recently as last week that it was not aware of any fatality that had been caused by any of its beverages.

FDA does limit the amount of caffeine that may be in a can of soda – .02% – but energy drinks have no limit.

Health experts have been attempting to get the public’s attention about energy drinks and their potential dangers. According to a 2011 report, consequences of children consuming too many of these drinks could include seizures, strokes and even death in severe cases. The authors of the report also warned parents that such drinks could put kids in danger of heart problems and diabetes.

Also, the National Council of Sports and Fitness issued a report this year that warned that children often confuse energy drinks, such as Monster, with sports drinks that athletes promote, such as Gatorade.

It remains to be seen if the company is going to be held liable in the deaths of these consumers.

The History of Monster Drinks

It is hard to miss Monster Drinks when you are in a grocery store. They have those logos that are goth inspired, bright colors, and strange names such as Java Monster and Monster Rehab. Ads that promote these products usually have slogans such as ‘unleash the beat’ and ‘the meanest energy supplement on the planet.’ Monster banners also are common at many ‘extreme sports’ events that have a lot of young people in attendance.


FIND SCHOOLS
Sponsored Content
The company once was known as Hansen Beverage Company, but it changed its name officially to Monster in early 2012 because of its great success in the energy drink market.

Although energy drinks only make up a small segment of the total beverage market, it is the fastest-growing segment in the drink industry. Sales of the drinks increased 16% in 2011, and Monster was the top seller, with about 35% of the market share. Monster passed Red Bull by, which has been around much longer, and also Rockstar.